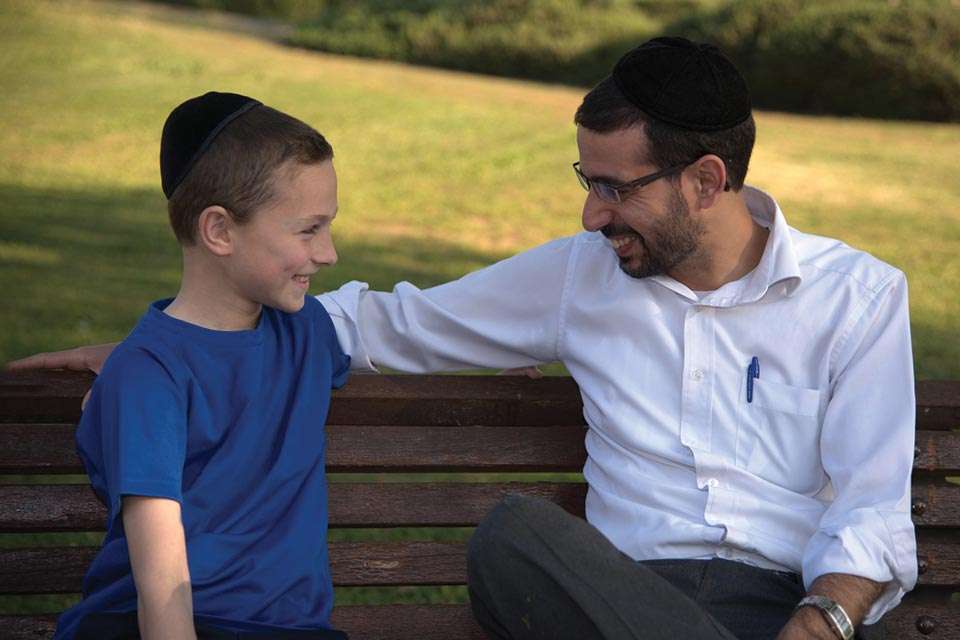 A note and Pesach thought from our Founder and CEO:

We finally did it! We have finished the process of our rebranding.

Our new name more accurately describes who we are and what we do. For several years now, we not only mentor children and teens through our unique Professional Mentoring Program, but we have supported, guided, and assisted parents through one of our many programs.

The first step was to identify an appropriate name, not an easy task! After doing a lot of research on how to name an organization, coming up with tens of possibilities, and consulting with professionals, we finally settled on the first name that I came up with a few years ago. EPIC Families, EPIC is an acronym for Empowering Parents Inspiring Children, which is exactly what we do, in order to build an epic family.

The Torah tells us that when Moshe told Bnei Yisroel they we going to be freed from Egypt they didn’t listen to him since they were overwhelmed by their slavery.
The commentaries ask the most obvious question if someone is suffering from an incurable disease, even if he isn’t able to socialize but what is the one thing that he wants to hear, that there is a cure for him! So how can they not hear Moshe Rabbenu telling them that they were going to go free?

There is an amazing answer from Reb Yonason Eibshitz. We know that Hashem’s decree of slavery didn’t apply to shevet Levi. How did that work out on a practical level? The Egyptians passed a law that anyone can make a Jew do whatever he wants, so an Egyptian would go tell a Levi to do something and he would say “Sorry, I have a pass from Hashem” I don’t think that would have done it, otherwise that would have been listed as one of the big miracles!

R’ Y. Eibshitz explains that Paroah knew that the savior of Klall Yisroel will be from shevet Levi.
He also knew that no one will follow a leader that they can’t relate to them. We see all the time that politicians running for office always try to push how much they understand the people and know where they are coming from since people relate to them. At least until they get voted in!!

So Paroah ordered that anyone from shevet Levi shouldn’t be enslaved so that Bnei Yisroel wouldn’t listen and follow the leader who will be from shevet Levi.
That is why the Torah tells us that they couldn’t listen to Moshe, it doesn’t say that they couldn’t hear the message. Since Moshe wasn’t enslaved but grew up in a house of luxury, what does he know about our needs and what is best for us?

Now we understand why they couldn’t hear and accept the leadership of Moshe.
However, in the end, they did follow Moshe since they realized that even though Moshe was not a slave he still felt their pain.
Rashi tells us that when Moshe saw their suffering, “he gave his eyes and heart to be in pain with them”
This attribute of being able to feel someone else’s pain is exactly why Moshe was picked to be the leader of Bnei Yisroel since he was even able to feel the pain of a thirsty sheep.
Being able to see and feel someone else’s pain is what makes a true leader.

We need the lesson of the Matzah to accomplish this. The Zohar tells us that Chametz is like Gavah, all puffed up. If we are all “puffed up” and all we think about is ourselves and we can’t see past our puffiness we will never be able to truly empathize with others.